skip to main | skip to sidebar

Page 65 (And Another Mike Holmes Drawing!) 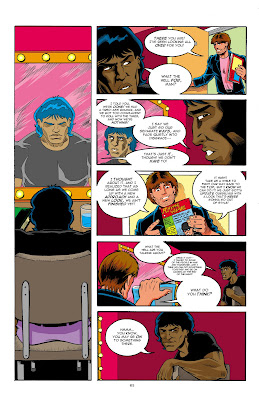 Thanks to everyone who came out to buy SLAM-A-RAMA and SCENESTER this past Saturday! If you missed the 'Zine Fair, all three Tuco Comics releases are now on sale at the Halifax and Dartmouth Strange Adventures locations (and Fredericton should have some later this week), as well as Obsolete Records at 2454 Agricola Street. My pal Sean Jordan should be back in Toronto by now with a pile of them as well, and he'll have them at the Silver Snail at 367 Queen Street West this week sometime.

And Mike Holmes can't stop with the fan art! Here he is again with a wicked cool rendition of everyone's favourite drugged-out spider enthusiast, Terry "The Tarantula" Purvis! Thanks, Mike! 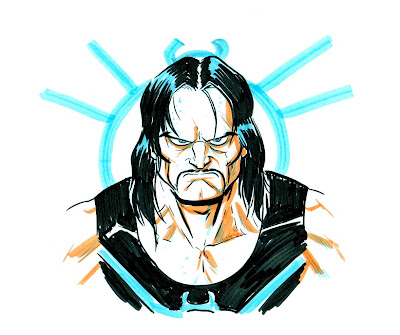 Posted by Dave Howlett at 4:53 AM No comments:

Dave Howlett
Lifelong genre enthusiast. I made the comics SCENESTER and SLAM-A-RAMA (both available at tucocomics.blogspot.com and slamaramacomic.com), I write comic and movie reviews for NerdSpan (nerdspan.com), and I'm sure I do other stuff that I'm not remembering right now.